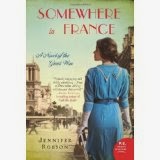 So after a long hiatus due to graduate school, and not being in charge of my reading lists, I'm finally able to read what I want again.  It's a great day for me!

I've been out of the loop in regards to what's new in the world of Romance Literature, despite seeing many book posts on many authors Facebook pages.  I can't remember where I saw this particular book, but a kilt-wearing devil seemed to be a great way to get back into the swing of things.

Suzanne Enoch's tale of romance begins with Lady Rowena, a girl who is ready for her season in London the moment she turns eighteen.  Unfortunately for her, big brother Ranulf, Marquis of Glengask, has other ideas.  A nice birthday party with the clan should be enough for her.  Surrounded by only brothers most of her life, Rowena has no intention of staying hidden away in the Scottish highlands.  With her maid's help, Rowena escapes to London, causing uproar and general unrest at Glengask.  Ranulf, knowing what dangers lay beyond Rowena's sheltered life, immediately follows her to London with a mind to bring her straight back to Scotland.  His arrival in London is anything but gentlemanly, and for the first time ever, a female stands in his way.  Lady Charlotte stands for no one to be rude, especially in her own house!  Sparks, and any other sharp, pointy objects fly as Ranulf and Charlotte butt heads.

Our hero and heroine become interesting chaperones for Rowena and Charlotte's sister, Jane.  When they aren't arguing over the use of violence to settle disagreements, or whether or not Ranulf is gentleman enough to go into London society, they get to know one another.  Ranulf, determined not to make the same mistake his father did when bringing his English mother to the highlands, must worry for his sister's safety from rival clans in London while trying to keep in Charlotte's good graces.  Charlotte, nearly a spinster at the ripe age of twenty-five, knows she shouldn't be attracted to the devil in the kilt.  But then again, why not?

'The Devil Wears Kilts' was a great return for me as a reviewer, as it provided plenty of action, drama, and of course, romance.  Great secondary characters, (including 2 enormous Scottish Deerhounds), and a well-written story make this novel a great way to spend an evening inside by the fire.