Christmas at Tiffany's, by Karen Swan

Christmas at Tiffany's is a novel of friendship, exploration and love. It's also the story of how one woman's search for herself  impacts others closest to her and, in some cases, forces them to question their life choices as well.

Multifaceted and engaging, the novel begins with Cassie Fraser's heartache at discovering, at her tenth wedding anniversary, her husband's duplicity. Turning to her boarding school friends for an escape route, Kelly, Anouk and Suzy each decide to help Cassie rebuild her life from the ground up, in their three different cities, in their three totally different ways.

Cassie spends time in New York, Paris and London and in each city, she finds a little more of herself. New York gives her the confidence to handle a new job (although with interesting results) and a new boyfriend. She makes new friends and experiences life in the fast lane. In Paris, Cassie befriends Claude, a Michelin rated chef with demons of his own. In Cassie, Claude finds someone to mentor, and Cassie believes she has found her new path in life until tragedy and then betrayal strike, and she's forced to re-evaluate what is really important to her. In London, and later at Suzy's family's country estate, she's finally forced to make a decision about her marriage.

In each of Cassie's stops along her year-long tour of self-discovery, Suzy's explorer brother, Henry, leaves a list of must-sees and small gifts for Cassie. At times, he personally acts as her tour guide. And while she's amused and at the same time, confused by these gestures, she follows along in order to humor him, all the while missing out on the message he was really trying to deliver.

Karen Swan writes with clarity and purpose. Her prose is straight-forward and tells the story so well, you feel you know every one of the characters. While Cassie is the catalyst and the main protagonist, each of the characters is really front and center along with her. The reader gets to know all of them very well, and their stories become just as important as Cassie's. Juggling so many balls in the air at once is an amazing accomplishment. And in this book, Ms. Swan lets none of them hit the floor. 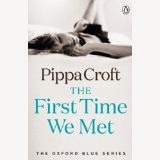 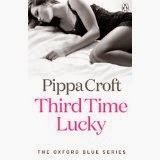 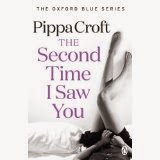 Liane Moriarty's latest stab at writing is as good or better than her last, The Husband's Secret, which I previously reviewed on this blog. She has become one of my new favorite contemporary authors.

Big Little Lies is a masterful showcasing of 21st century relationships between spouses, parents and children, and parents and grandparents. The author keeps those pages turning by using police interviews at the beginning of each chapter which hint at a  future, devastating occurrence at a Trivia Night at the local elementary school. Concurrently,  the reader becomes invested in the lives of the main characters.

Jane and her 5 year old son Ziggy move to Pirriwee Peninsula near Sydney to make a fresh start. Through Ziggy's kindergarten class, she meets Celeste, mother of twin boys Josh and Max. She also meets Madeline, whose daughter Chloe is also in Ziggy's class. The three mothers form an unlikely friendship as do their children. When Ziggy is accused of bullying another girl in the class, things start to quickly go downhill as marriages unravel, personalities are dissected, life choices are questioned, and new found relationships are ultimately tested.

Written from differing points of view, Big Little Lies is, at the same time, an indictment and a tribute to parenting in the present age. But it's not just for parents. Social mores, charitable endeavors and societal taboos are also covered, but the reader never feels overwhelmed. The story is utterly believable; as believable as real life.

Recommend highly!
Posted by Debra at 11:07 AM No comments:

Between the Devil and Ian Eversea, by Julie Anne Long

Julie Anne Long's Pennyroyal Green series continues with this lovely romance. This latest effort,  Between the Devil and Ian Eversea, will continue to enthrall fans with a wonderful, damaged male protagonist in the title character, Captain Eversea. In previous novels, Eversea brothers Chase and Colin have already met the loves of their lives. Now it's Ian's turn. Tansy Danforth, late of America, comes home to England and her guardian of sorts, Genevieve Eversea's husband, the Duke of Falconbridge who is charged with her care. The Duke's one goal is to see Tansy married and married well. With a tragic history and issues of her own, Tansy proceeds to enthrall the male population of Pennyroyal Green. Ian, however, sees right through that act, as Tansy sees through his. The eventual awakening between these two is bound to happen, but Ms. Long puts that off for as long as possible, and in the meantime, takes us for a wild, intimate ride.

Like all the books to date in the series, this one shines with love and humor. There is one pivotal scene in a ballroom that had me laughing out loud in its hilarity, and when I picture Ian and remember this book, that scene always comes to mind. You'll know it when you read it.

Highly recommended and a treat for Ms. Long's fan base, Between the Devil and Ian Eversea may be the means to convert quite a few new members to the fold. And after a little tease, I'm on tenterhooks waiting for Olivia Eversea's story, which seems to be next. I'm sure that will be quite the culmination to this well-loved series.
Posted by Debra at 7:30 AM No comments: