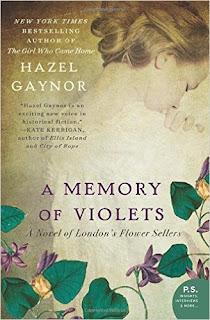 With clever dialogue, well-written prose, engaging characters, hints of supernatural intervention and many good and unpredictable twists and turns in this novel, Ms. Gaynor has presented her narrative in a heartfelt way. You can tell that this is a well-researched and well-loved topic for this author. The descriptive detail brings both the Victorian and Edwardian era to vibrant and fragrant life.    Released by William Morris in February of 2015. Highly recommend!
Posted by Debra at 9:20 PM