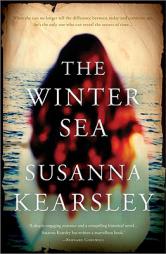 I don't want to give too much away. There are plot twists that are just too exquisite and can only be appreciated by reading the book yourself. While the premise may seem confusing, it's impossible to mistake what century you are in, or from whose perspective the story is being told. From start to finish,  I actually had to force myself to put it down. I didn't want it to end.  If you read one book this year, read The Winter Sea. Historical romance it may be, but it's not like anything you've read before. At least I haven't. It will stay with you long after you're done, and, like Diana Gabaldon's Outlander series, will have you asking, as I've been asking myself, "What if...?"
Posted by Debra at 6:16 PM